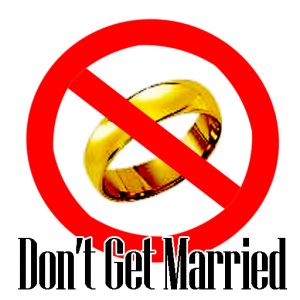 Today, while many are debating if same sex marriage should be legal or retracted, many men hold the view that marriage is a bad financial deal for them and it shouldn’t be entered into. Some think about marriage not dating. Understanding your expectations of a marriage could help you decide if it is right for you. However, men who decide not to get married or delay marriage are frowned upon in society. They are typically referred to as womanizers, selfish, irresponsible or gay. Despite commonly held beliefs, there are other explanations for not wanting to get married. 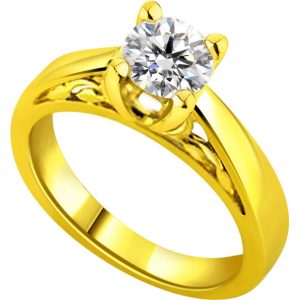 There are many reasons for having concerns about getting married if you are a man. Some men think about dating, other marriage not dating. Men are often looked at as wasters of money. However, if you look at the subscribers of Money, Fortune or Forbes magazines, you see the majority are men. A pew research survey in 2015 even found that more women own game consoles than men (Anderson, 2016).  Additionally, it is commonly known today that in the US, women spend $0.85 or 85% of every dollar spent (Bloomberg, 2016). 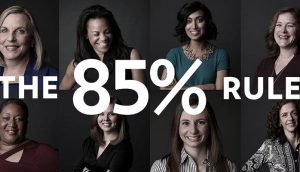 Today, women account for 91% of new home purchases, 93% of all food and pharmaceutical purchases, own 89% of all bank accounts, responsible for 92% of vacation purchases, 80% of healthcare costs, purchase 66% of all personal computers and 65% of all new cars (Holland, 2016). These are staggering statistics. How can this be when the mainstream media insists there is a wage gap between men and women (Agness, 2016).  We hear that men control most executive positions. A Pew study concludes that men are more likely to compromise their values for career success (Morin, 2013). This means more profit equates to more success. If women are being paid 77% of what men earn, then why aren’t companies only hiring women and saving a whopping 23% from their payrolls? It doesn’t make sense.

Engaged Men Lose Control of their Money and Resources

As you analyze marriages, the same themes re-occur with the primary concern being it doesn’t make financial sense for men. Even before you get married, women control finances and accumulate wealth and resources now and for the future. Where does this wealth and these resources come from? Men are forced to purchase DeBeers controlled, overpriced diamonds (Epstein, 1982) with their hard-earned income just to enter an engagement of which women proclaim men want to or should want to incur this massive cost, out of love, for them. Men are now expected to pay for all future jewelry for this relationship as well as insurance for it. What is expected of women is the promise to marry, if things work out, which the man is also expected to honor. 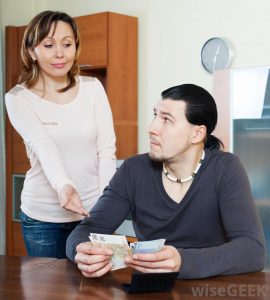 Don’t Break Off an Engagement or Pay

This is the beginning of a slew of double standards of which men are to be subjected to upon deciding to marry or even being engaged. One disturbing trend is men having to pay women if they break an engagement to their fiancées. What is the point of an engagement if it is not a trial period? The new point is, it is not a trial period. It is a contract of promise and if you break it, I will utilize the law as revenge. In 2008, Wayne Gibbs was ordered to pay $150,000 US after breaking up with Rosemary Shell three days before the wedding (Living, 2008). She had chosen to move from Florida to Georgia and Wayne was held accountable for her actions, whereas, she was not held accountable for her own actions. How crazy is that? Here is a four-minute video on YouTube– https://youtu.be/p4_JlA84Xc8 –discussing the case. Another Georgian man, Chris Kelley,  was lucky enough to only pay $50,000 US (Kim, 2013).

Many men focus on owning a house. They focus on their jobs to become stable enough to not only own a house but also with hopes of starting a family. After all, these will be the men’s responsible after a wedding. It appears men tend to focus on these more than women do. How many single women own or have mortgaged homes prior to being married in contrast to men? Some do, some men do, however it seems, when looking around, there are more men in this position. This contradicts the previous statistics which state that 91% of new homes are purchased by women. It would be interesting to see the statistics of home ownership between men and women prior to one’s first marriage. 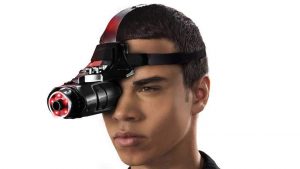 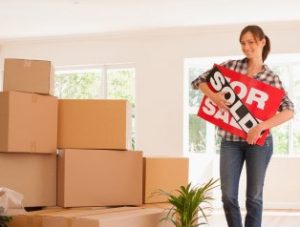 Men’s Concerns do not Exist

Regarding weddings, men frequently are asked to contribute to the enormous cost of a lavish wedding, accordingly (Groove, 2012). If men have been saving for a house, then they will see their down payment quickly dwindle. The only men this does not apply to are those that are wealthy. Men’s concerns once again are not only ignored, but non-existent. The wedding is not his day. Having said that, not all women are going to waste a man’s life-savings on a one-day party and two-week honeymoon. However, there is a high possibility of this happening lest he be frowned upon as a selfish penny pincher, not a real man or to cries that he does not love her. Additionally, a man is subject to having his future wife leave him, with the support of the community, for her to maintain her own self-esteem among calls that she can do better than that. 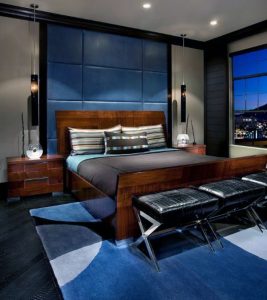 Women Only Care About Equality and Want to be Independent

All women possess this double standard, this sense of self-entitlement while proclaiming how independent and interested in equality they really are. We see it in the news as women fight for equality. The above statistics show what equality looks like to them. Conversely, metrics that men dominate include 97% of combat fatalities, 97% of alimony, 94% of workplace suicides, 93% of work fatalities, 89% of men will be a victim of at least one violent crime, men are 165% more likely to be convicted than women, men are discriminated against in schools and universities, and the list goes on (Stephens, 2016). Men are raped more than women (Filipovic, 2016). Men are more likely not only to develop cancer but to die from caner than a woman is. 1 in 2 men will develop cancer, whereas, 1 in 3 women will contract cancer. 1 in 4 men will die from cancer, whereas, 1 in 5 women will die from cancer (Org., 2016). 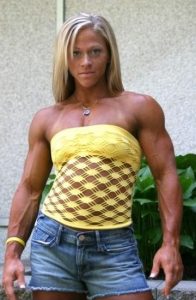 Women Want Equality When it is Fun

The “glass ceiling” is a stupid term. If you smash it, then you are going to be covered in shards of glass, full of blood and hurt. That is only logical, isn’t it? Goad (2016) uses the term “The Glass Coffin” coined by Kevin Slaughter which describes the fact that women have not quite broken downward toward equality when it comes to jobs that can kill you. In short, women want equality when it is fun and beneficial for them.  Gavin McInnes, of Rebel Media, eloquently states it in one of his many excellent videos on YouTube found here– https://youtu.be/q-J44jEaD30 – where he debunks many of the misconceptions ubiquitous in mainstream media.

Sexism Is a Common Everyday Practice

Yes, sexism is common, systemic and experienced daily by men. All metrics show that men’s issues are absent from mainstream media. When you are exposed to the real facts, not emotional statements, you quickly realize how surreal reality appears. There is no wage gap, and in fact, women between the age of 22 and 29 earn more than men (Fraser, 2015). In regard to domestic violence, there are hundreds of surveys which show that women are as violent, if not more violent, than men (Project, 2016). Despite this, 99.3% of domestic violence spaces are for women and even men who report violence against them by women are arrested more often than the women attacking them.

Divorce exists everywhere. Everyone has seen it. Not many of us have seen many amiable divorces. It does not matter why divorce happens, the fact is if alimony is paid then 97% of the time it will be a man paying it (Project, 2016).  If children are involved in the divorce, men will lose custody 84% of the time (Project, 2016). At least 10% of all men are victims of paternity fraud (Project, 2016). 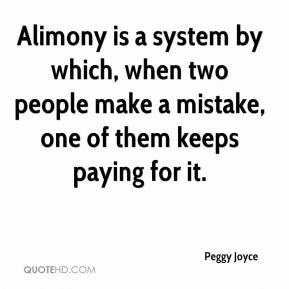 Marriage not Dating or why Marriage?

Realistically understanding what your expectations are and what you will get from a marriage is paramount. So far, women have been described in a negative manner in this article. Not all women are like this. Perhaps, most are not like this. The point of these facts is to show you the nature that women adhere to or combat. These statistics prove what you as men have allowed, and what women when allowed strive for. Many topics have not been addressed in this article including hypergamy and neoteny. The dynamic of a marriage is not even discussed.

Arguably, men enter marriage for sex and children. Some think about marriage not dating.  Rarely do men marry to ‘upgrade’ or be looked after. Are children and sex with strings attached, worth marriage in the 21st century? 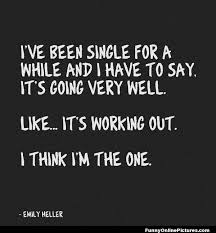 Filipovic, J. (2016, February 21 2012). Is the US the only country where more men are raped than women?   Retrieved from https://www.theguardian.com/commentisfree/cifamerica/2012/feb/21/us-more-men-raped-than-women

Goad, J. (2016). Smashing Through the Glass Coffin — Toeing The Line.   Retrieved from http://takimag.com/article/smashing_through_the_glass_coffin_jim_goad/print#axzz4TswaMNJ6

Org., C. (2016). Lifetime Risk of Developing or Dying From Cancer.   Retrieved from http://www.cancer.org/cancer/cancerbasics/lifetime-probability-of-developing-or-dying-from-cancer

Stephens, C. (2016). McInnes: Dear Feminists, Men Have It Worse In All Areas Including Being Raped.   Retrieved from http://www.dailywire.com/news/3335/dear-feminists-men-have-it-worse-all-areas-chase-stephens