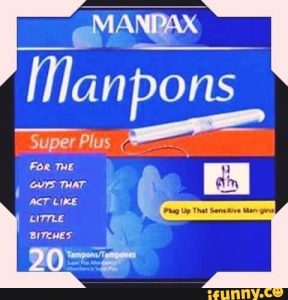 I would like to start this post with a sensible video so that the other videos referenced in this post won’t show up on top of my post as they might trigger some. As some of you might have noticed, I have mellowed considerably since my younger days. However, it is a fact of life that we all get older by the day. With that said, you might be interested that the lyrics are included in the video so you can sing along if dancing is not your thing or if you are too old to do the polka.

So, it is that time of the year again to cast your votes for Raging Golden Eagle’s 2016 Angina Awards. Oh, did I say angina, I meant mangina. However, speaking of angina, did you know that angina in women can be different than men (http://www.heart.org/HEARTORG/Conditions/HeartAttack/WarningSignsofaHeartAttack/Angina-in-Women-Can-Be-Different-Than-Men_UCM_448902_Article.jsp#.WIyJwvl95hE )?

Additionally, I would also like to take this opportunity to state that even though I am not gay, I am f***ing a white male, not that there is anything wrong with that… the gay thing that is, because we all know that being a white male is inexcusable. 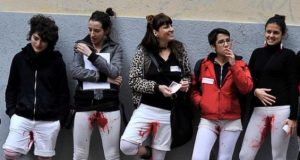 As you might have noticed that even though I am hopeful that Aids Skrillex attains first place in the 2016 mangina awards, I feel there is stiff competition for this honor, leaving a bad taste in my mouth, from the nominee who worships female mens-tru-at-ion juice more than feminists do. I guess this adds a new dimension to the idiom that blood is thicker than water.

Canada has Finalist for Mangina of the Year 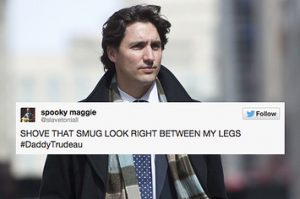 For my Canadian brethren, one of our fellow Canadians is also poised to attain first prize as this year’s Mangina of the Year award and that is none other than our favorite Prime Minister Pierre Trudeau’s Wife’s son from Fidel Castro, our current Prime Minister, Justin Trudeau. Now Justin has been hard at work ensuring his rightful place as this year’s Mangina of the Year for his tireless efforts at well… being Justin Trudeau.

I would be interested in hearing who you think the 2016 Mangina of the Year is going to be.