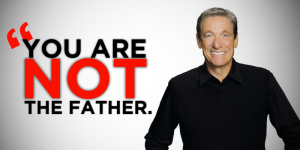 If you consider the current state regarding reproduction rights between men and women, one can see that problems are prominent regarding men supporting children who are not theirs. Measures to ensure men are biological fathers are being subverted by laws in which DNA paternity tests are illegal. In fact, they have even tried to make it illegal for a man to secretly test his ‘own’ children decades ago.

Here are a few articles supporting the above position: 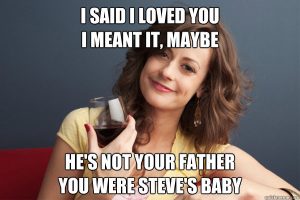 The male position is heading towards identifying DNA of all babies when born, whereas the political pressure against this position would rather not identify the biological parents. This same tactic is being used in countries such as Sweden where you cannot say a criminal looked like a 6’4’’ black Muslim male if that is how the suspect appeared to you.

When considering the two positions, the position in favor of mandatory DNA identification, for this writer, appears more accountable, more responsible, more realistic regarding reality and more prone to foster better relationships between the sexes. The position where enfant DNA identification is prohibited appears to have a bleaker, greyer future.

Not requiring DNA biological evidence regarding identifying the parents leads to not needing to be truthful, distrust, the enslavement of men, the destruction of the nuclear family and a strong washback on any desire for a man to enter a marriage contract or even a long-term relationship let alone living together.

Why Would it be Bad if Men knew their Children were theirs? 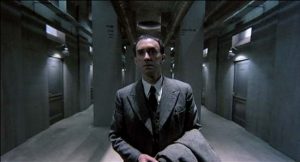 Taking a few moments to think about where each of these roads take us in 100 years, mandatory DNA tests might not save the family, then again it might. One thing is for sure, the truth will be important. Reality will have a little bit more truth to it.   Prohibitive DNA will lead to a parent-less family where children are raised by the state in some manner or farm as men will be repelled from any form of a relationship with women. The only men that will be willing, will expect to be a slave. That is not a problem though as there are lots of men that would be able to be legally tricked into being a slave.